There’s a bit of magic in a Blue Monday, at least when marine conservation photographer Jean Tresfon captures it. On a lucky Blue Monday recently, Tresfon toured some of Cape Town’s most beloved spots alongside Seafari founder and pilot Alexander Vogel to give the Monday Blues another perspective.

Sharks, whales, Cape fur seals and African penguins, mountains and islands were the surroundings of magnificent views from above, captioned by Tresfon. Looked:

“A great day at Table Bay, looking out from Big Bay over calm, flat seas towards Table Mountain”. 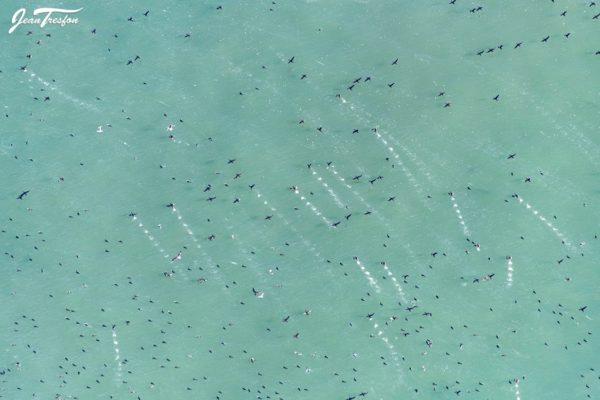 “The wider view of Robben Island, looking towards the iconic flat-topped mountain that signals home to so many”. 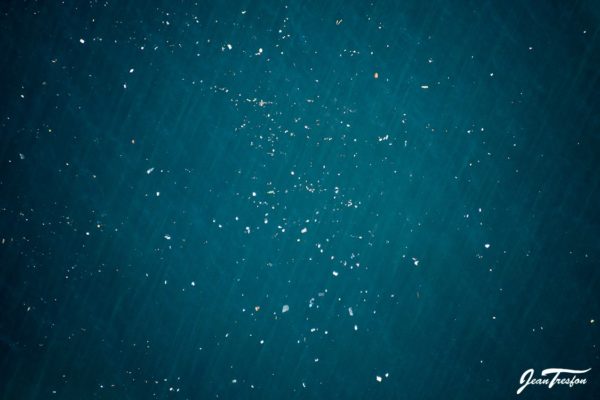 “Plates of plastic waste the size of a rugby pitch scattered on the surface of the sea. We found several of these spots during a single flight. Humans must do better”. 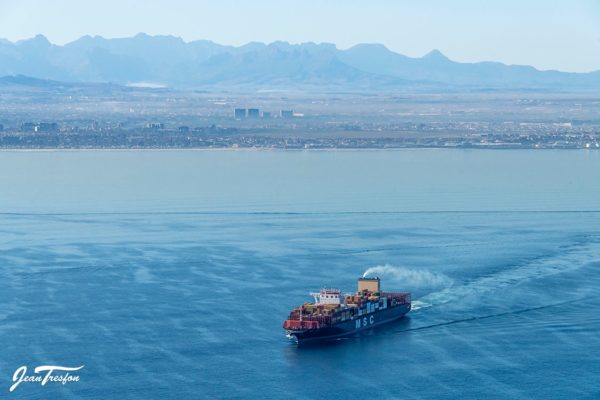 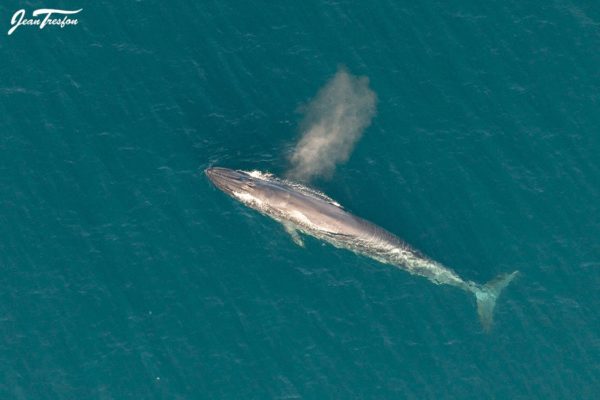 “A beautiful large Brydes’ whale surfaces with a shot between the bait balls at Table Bay”. 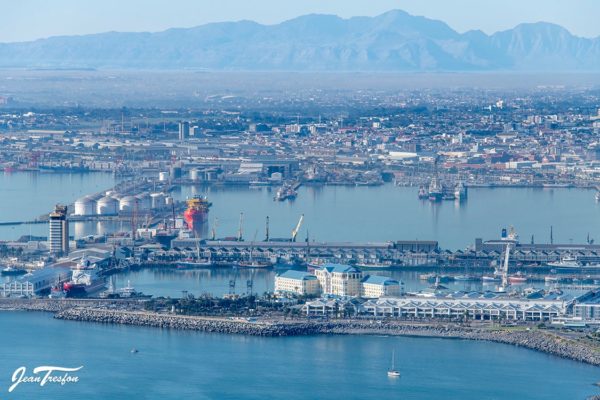 “A somewhat different view of the Waterfront and Table Bay Hotel with the Hottentots Holland mountains in the background”. 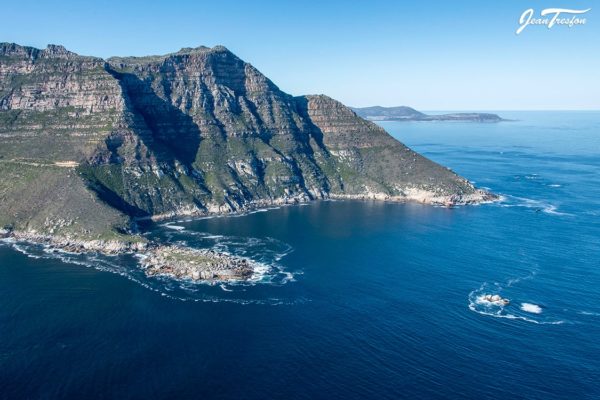 “Oudeschip and Duiker Point with Maori Bay lying in their embrace. Site of many shipwrecks, this bay is a prime summer dive site for many local divers”. 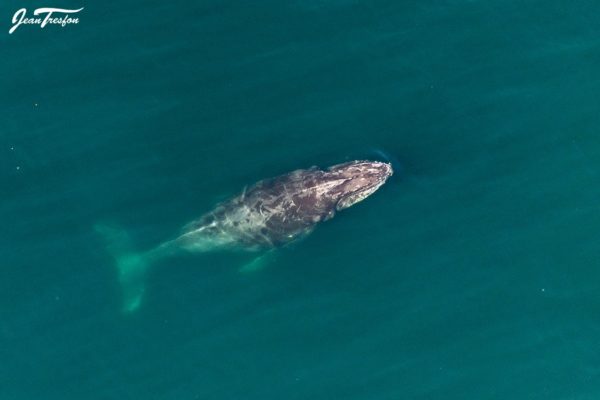 “Humpback whale surfaces near Oudeschip between meals in dirty water”. 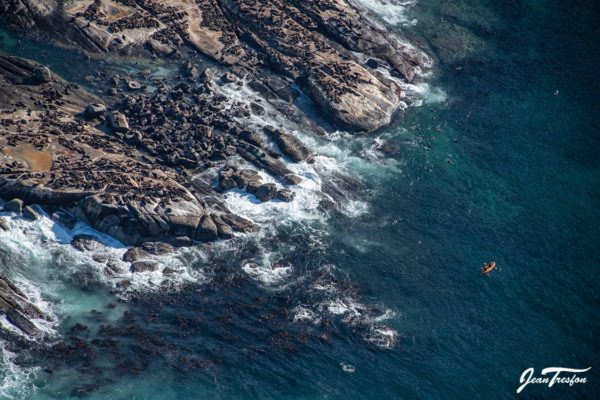 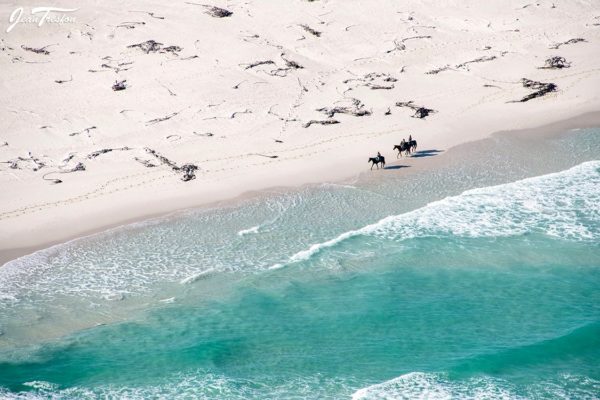 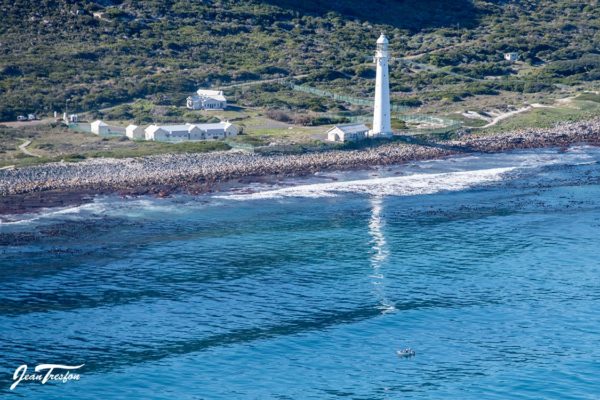 “The Slangkop lighthouse with a small fishing boat in the foreground”. 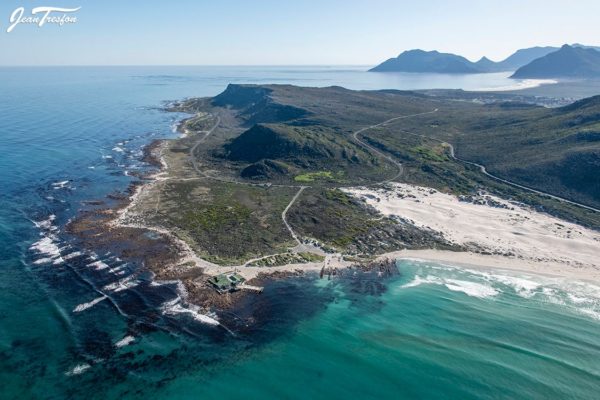 “The Crayfish Factory, a well-known landmark at Witsand Beach with Hout Bay visible in the background at top right”. 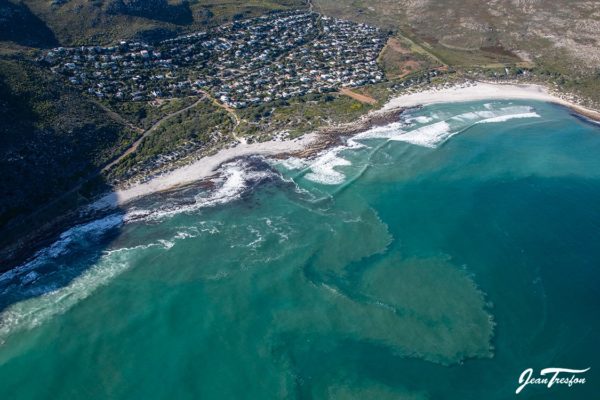 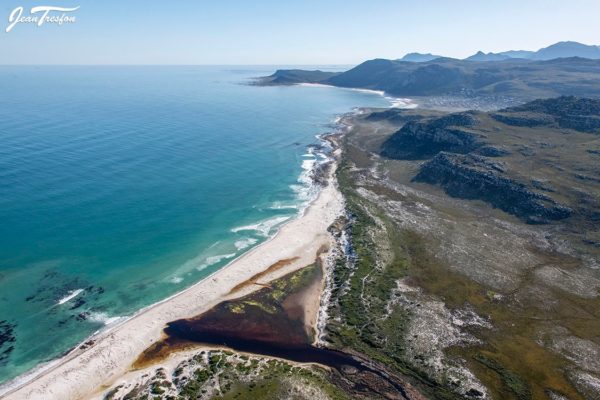 “The mouth of the River Kromme just south of Scarborough”. 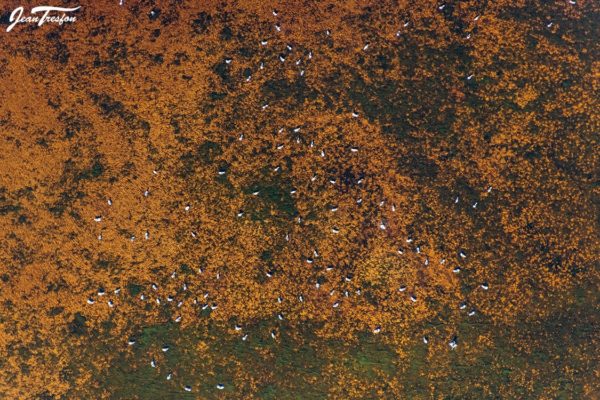 “Abstract of the mouth of the Kromme river with birds sitting in the tannin-rich brown water”. 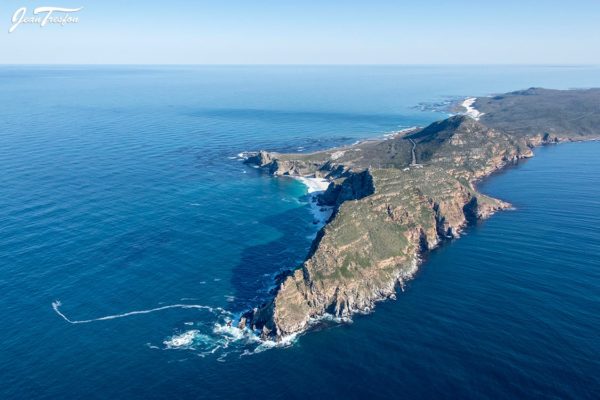 “Cape Point, always special and always in a different atmosphere”. 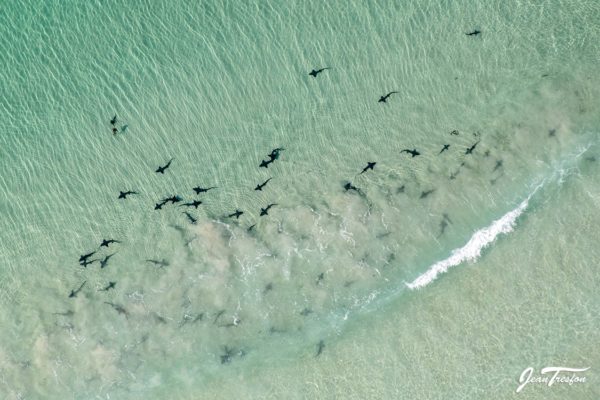 “Aggregation of spotted gully sharks on Buffels Bay beach. Always a treat to see these charismatic sharks in large numbers.” 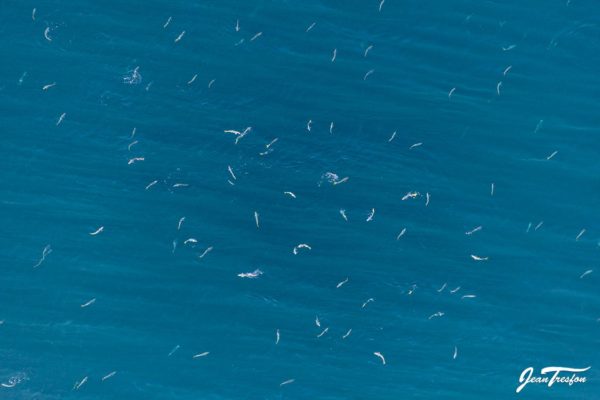 “The first of many schools of yellowtail flounder spotted feeding during the flight, this one in Smitswinkel Bay”. 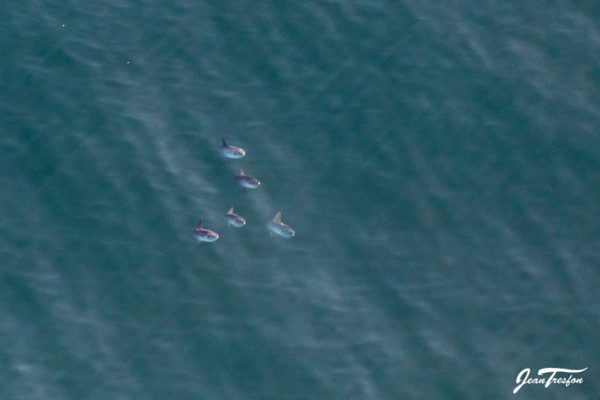 “A super rare sighting…a shoal of 5 bluegills or Mola mola swimming together near Partridge Point. This view alone made the flight interesting! 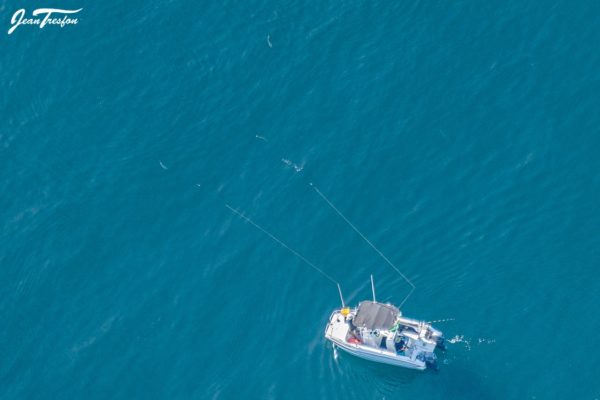 “Spot the yellowtail by following the lures to the boat. No fish yet…” 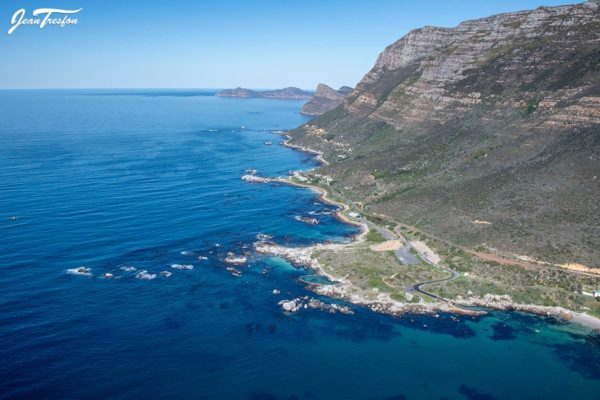 “Millers Point and the Cape Boat and Skiboat Club looking back towards Cape Point”. 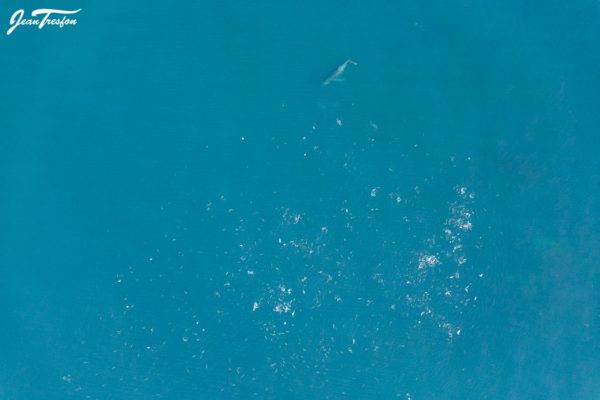 “A trio of humpback whales (only one visible on the surface) pass a massive shoal of surface-feeding yellowtail amberjacks.” 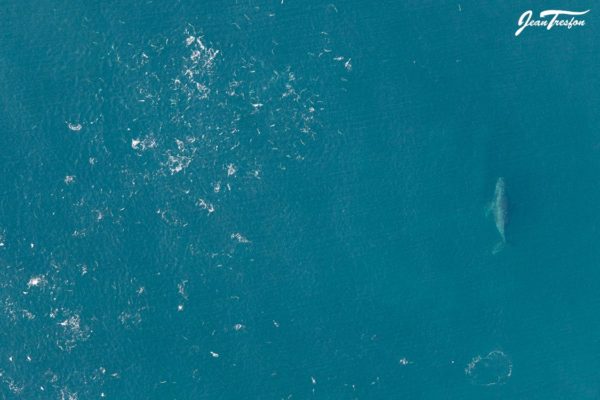 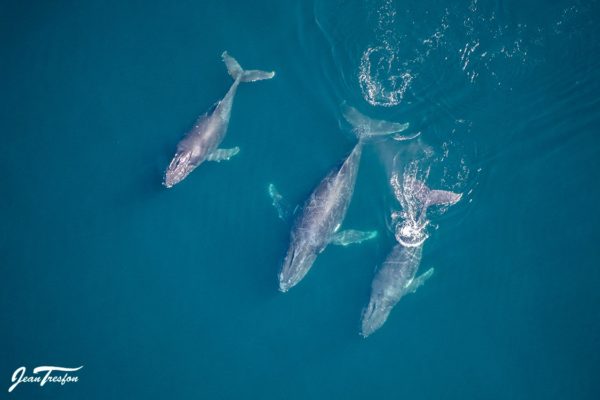 “A trio of humpback whales heading south from Ark Rock. The middle animal is significantly larger than the other two.” 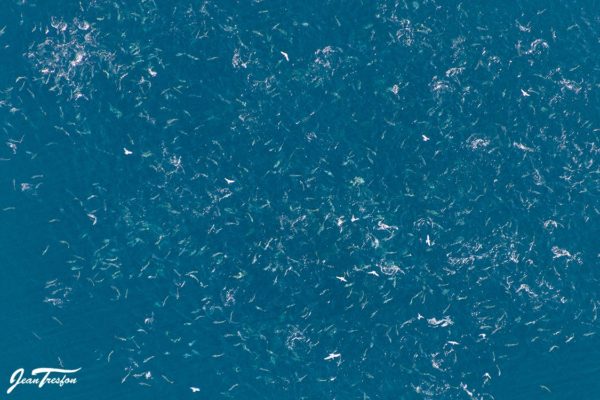 “Mayhem…a huge school of yellowtail flounder pounding the surface as they feed. So great to see these pelagic fish in large numbers.” 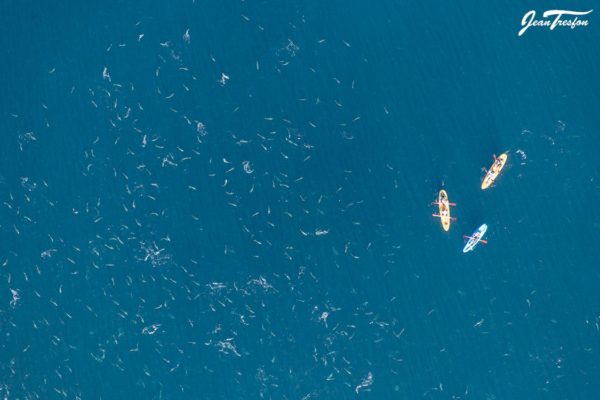 “Kayakers and tourists get a close-up view of surface-feeding yellowtail flounder. What an experience.” 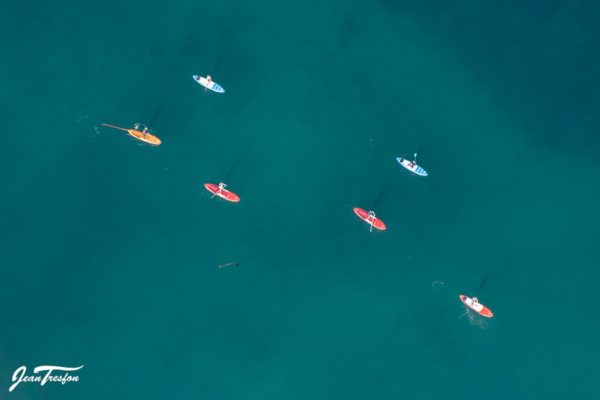 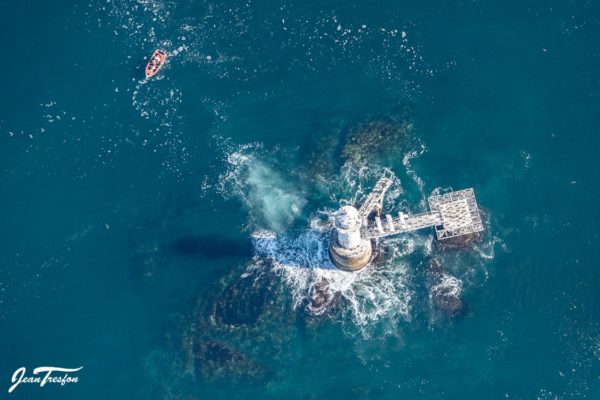 “Roman Rock Lighthouse with a small angling boat nearby”. 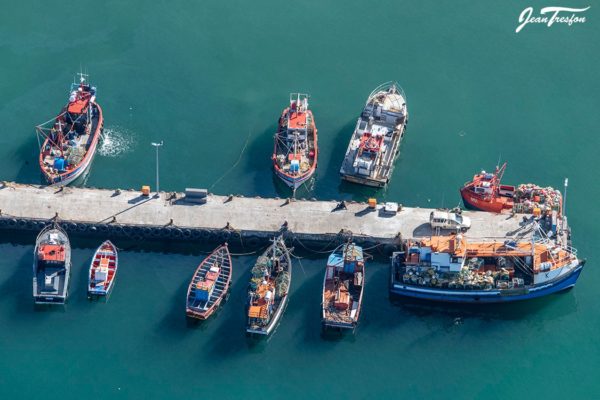 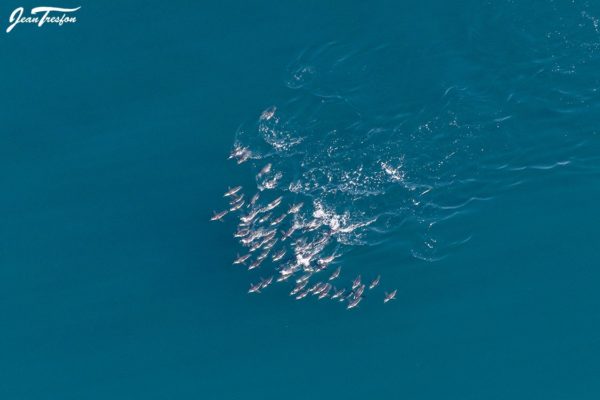 “So epic to see African penguins hunting in Table Bay”.