Lawson recently shared an incredible sound of sperm whales using echolocation to hunt for food deep in a sea canyon north of Eastport in late July.

On an incredibly calm day north of Newfoundland in July, I dropped a hydrophone on its side to listen to the sperm whales hunting in the dark 450m below us. Their world painted in sound reflections. pic.twitter.com/6IwqZoLqW9

Sound was collected by dropping a hydrophone over the side of the research vessel. He captured the whales swimming 450 meters below the surface.

Sperm whales are famous for their deep dives and usually feed on squid, octopus, rays and sharks.

Lawson says that every day they passed through the area, they saw the same whales, identified by the scars on their bodies.

Some of the animals were tagged by satellite and showed the whales remained in the area feeding for weeks. Lawson shared an image of a whale’s movements over the course of a single week showing the animal moving through the water just off Salvage on the Eastport Peninsula. 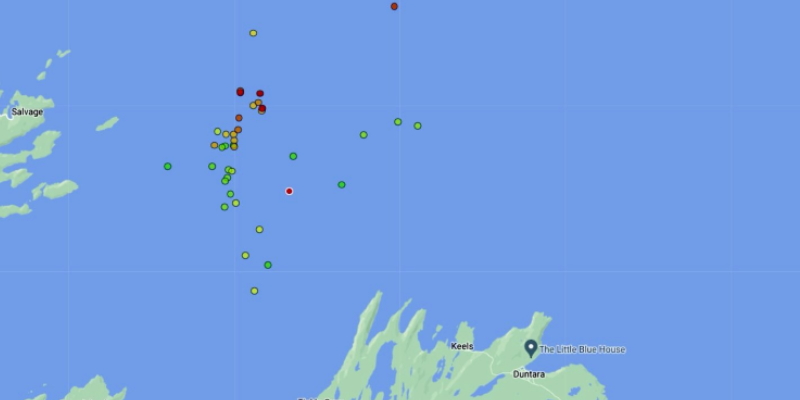